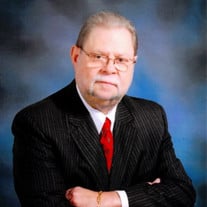 Allen Atlee Flood, age 76, of Onley Maryland passed away on Sunday, March 27, 2022. He was born on November 11, 1945 to the late Martha and Denver Flood in Cofield, North Carolina. Allen was the president of his1964 graduating class at CS Brown High School, in Winton, North Carolina. After high school, he graduated from North Carolina A&T State University and Howard University Medical School. Dr. Flood was a well-known dermatologist in Washington, DC, who had been diagnosing and treating patients for over 40 years. He received his medical degree from Howard University Medical School in Washington, DC, and was named a Top Doctor Award winner in 2014. He was included in the “Washingtonian Magazine” in the “Best Doctors” category in the February 2017 issue. He was preceded in death by his sister, Renee F. Stiff, and his brothers, Dr. Roy D. Flood, Sr. and Merrill Flood. He is survived by his wife of 53 years, Juanita; his sons Allen A. Flood, Jr. and Anthony A. Flood; one granddaughter, Ava Flood; and one sister Gladys Thompson. He is also survived by his sisters-in law Yvonne Flood and Carolyn Flood Goode. Additional survivors include many loving relatives especially his nieces, nephews, cousins, and many devoted and caring friends. In lieu of flowers, the family asks that a contribution be made to the Howard University Department of Dermatology c/o Dr. Ginette Okoye, 2041 Georgia Avenue NW, Suite 4300, Washington, DC 20060. A visitation for Allen will be held on Friday, April 8, 2022 from 6:00 PM to 8:00 PM at Hines-Rinaldi Funeral Home, 11800 New Hampshire Ave, Silver Spring Maryland 20904. A memorial service will occur on Saturday, April 9, 2022 at 10:00 AM at Howard University Law School, 2900 Van Ness NW, Washington, DC 20593. A visitation will be held on Sunday, April 10, 2022 from 5:00 PM to 7:00 PM at Hertford County Undertakers, 415 South Main Street, Winton, North Carolina. Entombment will occur on Monday, April 11, 2022 at 11:00 AM at the Flood Family Cemetery on Thomas Bridge Road in Cofield, North Carolina 27922

Allen Atlee Flood, age 76, of Onley Maryland passed away on Sunday, March 27, 2022. He was born on November 11, 1945 to the late Martha and Denver Flood in Cofield, North Carolina. Allen was the president of his1964 graduating class at CS Brown... View Obituary & Service Information

The family of Dr. Allen Atlee Flood Sr. MD created this Life Tributes page to make it easy to share your memories.

Send flowers to the Flood family.