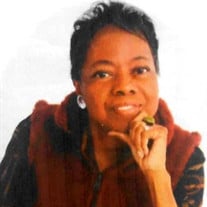 Carolyn Cooper passed away peacefully at her home in Como, NC surrounded by close family members on Friday, June 25, 2021, at the age of 72. She was born on November 22, 1948, in Como, NC. She was the oldest of seven children born to the late Clarence Cooper, Sr. and the late Nancy Myrick Cooper. She was preceded in death by two sisters: Joyce Cooper Milteer and Phyllis Cooper. Carolyn’s formal education began at Mill Neck School in Como, NC and later at Riverview Elementary School in Murfreesboro, NC where she served as an elementary teacher the majority of her teaching career. She graduated from Calvin Scott Brown High School (C. S. Brown) in Winton, NC in 1967. Carolyn earned a Bachelor of Science in Education from Elizabeth City State University, in Elizabeth City NC in 1971, where she pledged Sigma Gamma Rho Sorority. She was a Life Member of the National Alumni Association of Elizabeth City State University National Alumni Association. She later attended East Carolina University in Greenville, NC, where she earned her Masters of Arts in Education. She retired from Hertford County Public Schools in 1999 where she taught kindergarten through six grades. Carolyn did not hesitate to show her support when it came to advocating for certain causes. She was a member of the National Education Association (NEA) and the North Carolina Association of Educators (NCAE). She also served as president of the Hertford County Chapter of the North Carolina Association of Educators. Carolyn dedicated her life to Jehovah God and became one of Jehovah’s Witnesses in July of 1992. Because of her deep love for Jehovah, people, and the Bible truths she had come to learn and appreciate herself, she took advantage of the many opportunities she had to tell others about Jehovah. She even enjoyed the privilege of serving as a regular pioneer from October 2005 until January 2007, where she spent at least 70 hours each month sharing Bible truths with others. She also enjoyed having a share in Seldom Worked Territory where she would visit other areas such as Ohio, the Western Part of North Carolina, and Kentucky for a week and spread the Good News of God’s Kingdom with others. Carolyn had a heart of gold and would do whatever she could to help others. She left a mark on all of our hearts, her family, friends, students, coworkers, and anyone she met and we will miss her dearly. She leaves to cherish her memory; four siblings; a sister; Ernestine Britt, a brother, Clarence Cooper, Jr. (Sharon Montella Cooper), of Como, NC; a brother, Glenwood Spencer Cooper of Indianapolis, Indiana, a sister, Maxine Cooper of Kinston, North Carolina; an aunt, Shirley Whitehead of Como, NC and a host of special nieces, nephews, and cousins. Zoom Message: Zoom ID: 848 8008 4309 Passcode: 942732

Carolyn Cooper passed away peacefully at her home in Como, NC surrounded by close family members on Friday, June 25, 2021, at the age of 72. She was born on November 22, 1948, in Como, NC. She was the oldest of seven children born to the late... View Obituary & Service Information

The family of Carolyn Cooper created this Life Tributes page to make it easy to share your memories.

Carolyn Cooper passed away peacefully at her home in Como, NC...