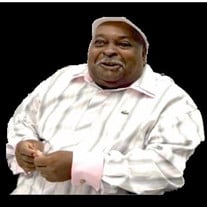 John Alton Askew, Sr. was born on June 14, 1942 in Bertie County, NC to the parents of the late John Thomas (JT) and Bessie Sessoms Askew. He departed this life on June 22, 2022 at ECU Health Medical Center in Greenville, NC. He is proceeded... View Obituary & Service Information

The family of John Alton Askew Sr. created this Life Tributes page to make it easy to share your memories.