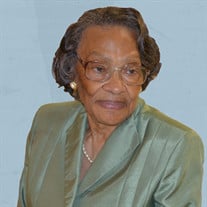 A much beloved mother, grandmother, aunt, sister, mentor, friend, and educator, Josephine Flood Whiting (affectionately known as Jo, Nana, and Nana Jo) passed peacefully at her home in Cleveland Heights, Ohio on June 10, 2022. Born on September 22, 1928 to Vancie Vann and Willie Walter Flood in Winton, North Carolina, Josephine was the seventh of nine siblings. She was preceded in death by Minnie Flood Reynolds (David), Henry Walter Flood, Virginia Dare Buford, Ashley Louis Flood, Nancy Flood Hall (Oris), Willie Beatrice Anderson (Turner) and James Edward Flood (Hilma “Peaches”). She is survived by her brother Dr. Dudley E. Flood (Barbara, deceased) and Ashley’s widow, Ernestine F. Flood. Josephine spent her childhood in Winton, NC where she graduated from C.S. Brown School in 1946. An academic achiever, Josephine graduated with high honors with a B.S. in Physical Education and Biology from Hampton Institute in January 1952. At Hampton she was co-chairman of the Student Christian Association, a band majorette for four years, a member of the Student Council, Assistant to the head resident of the Senior Women’s dormitory, the only female member of the debate club and the Kappa Alpha Psi sweet heart. Josephine was a staunch supporter of Hampton Institute and was very active in the National Hampton Alumni Association, serving as National President in 1987-88. A woman of active faith, Josephine loved God, her family and friends, Wesley Memorial United Methodist Church and Hampton Institute, her home by the sea. Upon graduation Josephine taught at Virginia State School for the Deaf & Blind in Hampton, Virginia where she became proficient in sign language. Jo moved to Richmond, Virginia in 1952 where she began her career as a life-long educator. She would spend the next 67 years of her life as a resident of Richmond, Virginia – working, raising her family and living a purposeful, impactful life filled with lots of laughs, love and service to others. As a young teacher, she taught physical education at Blackwell Middle School. There she challenged her students to succeed. More importantly she provided her students with the resources and tools to succeed in life, despite the challenges of poverty and social injustice that she herself encountered growing up poor in the Jim Crow south. She and her siblings lived the motto “carry as you climb” starting with each sibling assisting the other to obtain a college degree if they so desired. Rather than admit Jo to the University of Virginia to obtain an advanced degree, the State of Virginia paid for Josephine to attend Springfield College in Springfield, Massachusetts where she obtained her Masters of Arts in 1958. Josephine then became the guidance counselor at the all-white Elkhart Middle School where she helped to implement desegregation. She advocated for the entering Black students to ensure they were treated fairly and became a respected leader amongst her colleagues. She ended her career in education as the assistant principal at Marshall – Walker High School, where she was known, in the words of one teacher, as “the quintessential professional who always put children first”. One of Josephine’s favorite extracurricular activities was working with the Gold Bowl Pageant of the Armstrong/Walker Football Classic. For years, the young women competing to be crowned queen learned poise, grace and self-confidence at the tutelage of Josephine and company. Josephine was an active member of Wesley Memorial United Methodist Church, serving on various committees and boards and in various capacities including trustee board, treasurer, lay leader, member of the United Methodist Women, member of the senior choir, Sunday school teacher, United Methodist Youth Fellowship leader, finance committee member and Girl Scout troop leader. Josephine, always the educator, applied her skills to Wesley’s children and youth ministries enhancing those programs. She incorporated liturgical dance and theater activities to engage members across generations. A treasured memory was her choreographed interpretation of The Creation by James Weldon Johnson. Josephine was dedicated to service to and the betterment of the community. She was an active member of Alpha Kappa Alpha Sorority, Incorporated, the Richmond Chapter of AARP, the Richmond-Henrico Retired Teachers Association, the Richmond Chapter of the National Hampton Alumni Association, and volunteered at Meals on Wheels. A renaissance woman, Josephine was an avid reader, loved to play Scrabble and pinochle with her pinochle club, loved music, sports, art, poetry, travel and culture. As a young woman she wanted to be a modern dancer. She loved sports and attended the Cleveland Cavaliers games with her son-in-law Tony Smith for years. Josephine traveled the world, taking her last overseas trip at the age of 89, touring southern Africa including participating in a photo safari with her daughter and granddaughters. The trip also included attending The Black Portraitures, a symposium on African American and South African art where she was treated like the grand dame she was. Beach vacations were her favorite throughout her life from Buckroe Beach to Virginia Beach to the Outer Banks of North Carolina. Many special memories were created at these family events. Her gifts to her family, friends and others included sage advice and wisdom, love and laughter. She would dispense wisdom in outrageously funny witticisms that one could not help but remember. Josephine married Walter Bernard Whiting on April 1, 1956 and had two children, Walter Bernard Whiting Jr aka Bernie and Vanessa Louise Whiting aka Van both of whom she was very proud. She retired early to move to Cleveland to help raise her grandchildren Taylor, Lorin, and Tony. They in turn helped care for her in her golden years. She also lived with Bernie, Shelley and Theo at their home in Atlanta, Georgia. Nana Jo and Theo were a most excellent pair. Josephine is survived by her children Bernard Whiting Jr. (Shelley Woods Whiting) and Vanessa L. Whiting, (Anthony E. Smith, deceased) her grandchildren, Taylor Alexandra Dyese Smith, Lo A. Smith, Anthony E Smith II, Theodore B Whiting, nieces Trinette Sharpe and Geneva Ferguson, nephew Gilbert Reynolds, Nathaniel Mitchell, who was like a bonus son, many grandnieces and grandnephews, and a host of dear friends who enriched her life.

The family of Josephine Flood Whiting created this Life Tributes page to make it easy to share your memories.

Send flowers to the Whiting family.