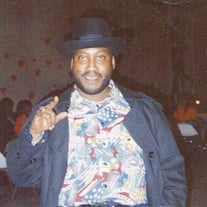 Kenneth (Kenny) was born in Hertford County, North Carolina on December 23, 1959, to the late Melton Fennell and Jessie Mae Smith Fennell. He transitioned from this life on September 26, 2019. Kenny was baptized at an early age, and joined St. Paul Holiness Church in Murfreesboro, North Carolina. He attended public school in Murfreesboro, North Carolina. His parents raised him to have good work ethics. After graduation, he worked at Newport News Shipbuilding for ten years. He then moved back to Como, North Carolina and later moved to Menola (Ahoskie) North Carolina. He then attended Roanoke-Chowan Community College, where he received a degree in Heating, Air-Conditioning and Refrigeration. He worked for Mr. Henry Cherry for a few years before becoming an employee of Hertford County Public Schools, where he worked until he became ill and retired. Kenny enjoyed spending time with his children, grandchildren and family. He was a great provider for his family and was a friend to everyone that he encountered. Kenny was a Steelers fan to heart and enjoyed watching the games. He also spent a lot of time with his childhood friends, Alfonza Williams, Nash Newsome, Dwight Parker and Larry Williams who preceded him in death. Kenny was preceded in death by one daughter, Shanita La'Trice Fennell. Kenny leaves to cherish his memories: one stepson, Perrendous T. Vaughan (Mekka) of Murfreesboro, North Carolina; one son, Kenneth Ray Fennell, Jr. (De'Aisa); four sisters, Janie Chamblee (James) of Ahoskie, North Carolina, Bessie Williams (Ray) of Ahoskie, North Carolina, Christine Mitchell and Irene Tyler, both of Hampton, Virginia; four brothers, Andrew Fennell of Murfreesboro, North Carolina, Thomas Fennell (Rita of Como, North Carolina, Wesley Fennell (Inesia) of Jackson, North Carolina, and Mack C. Fennell (Brenda) of Durham, North Carolina, seven grandchildren, and a host of nieces, nephews, and other relatives and friends. Kenny will be missed by all who knew him. His legacy will live on through his sons, grandchildren, family and friends. He will always have a special place in our hearts. There will be a wake at 6:00 PM on October 1, 2019 at Hertford County Undertakers Chapel in Winton, North Carolina.

Kenneth (Kenny) was born in Hertford County, North Carolina on December 23, 1959, to the late Melton Fennell and Jessie Mae Smith Fennell. He transitioned from this life on September 26, 2019. Kenny was baptized at an early age, and joined... View Obituary & Service Information

The family of Kenneth Ray Fennell Sr created this Life Tributes page to make it easy to share your memories.

Kenneth (Kenny) was born in Hertford County, North Carolina on...

Send flowers to the Fennell family.