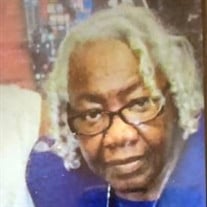 Mrs. Mildred Riddick-Jones, the daughter of the late William Riddick and Amanda Holley Riddick, was born on January 14, 1938 in Colerain, North Carolina. She entered into eternal rest on October 16, 2020 at her home in Harrellsville, North... View Obituary & Service Information

The family of Mildred V Riddick-Jones created this Life Tributes page to make it easy to share your memories.

Mrs. Mildred Riddick-Jones, the daughter of the late William...

Send flowers to the Riddick-Jones family.